Legends of Lost Cities: A Quest for Authenticity or Justification? 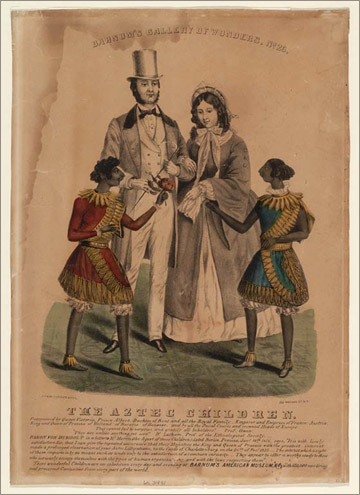 Lately I have been thinking a lot about lost cities. To be more specific, the popular fantasy that an ‘intact’, ‘authentic’ functioning ‘ancient’ city could exist just beyond the scope of modern sight behind the impenetrable veil of the jungle. So much seems to be tangled up in this idea and I am not sure that I am able to untangle it all. Does the idea of an El Dorado (so to speak) appeal to us because we feel that, through modernity and conquest, something appealing has been lost? Is that appeal exoticism, primitivism, or a desire for some sort of static idea of cultural authenticity? Or is it the nature of the jungle itself: that anything can exist beyond the forest barrier?

I recently revisited a paper that I presented at a conference at Cambridge a little while ago. I’m excited to say that it is going into a British Academy volume and thus it needed to be expanded upon a bit. The paper is about how super remote Maya sites were approached in the late 19th and early 20th centuries and I spent some time in the archives of Harvard’s Peabody museum reading the field notebooks of Raymond E. Merwin, the archaeologist who excavated the remote Guatemalan site of Holmul around 1910.

Merwin certainly wasn’t willing to indulge my desire for superfluous detail. His notebooks were purely professional and archaeological with no information as to how he felts about where he was and what he was doing. In a way, that is what I suspected. Indeed, it played right into the point I was making in the paper about archaeology at the time being approached as a serious science, but I wanted to see the Holmul that I remember from Merwin’s eyes. I wanted to read about the 4am howler monkey party that seems to go on overhead every night. I wanted to read about the taste of jungle honey or see comment about the canned food that he brought with him. I excavated two of his tinned cans, could he not at least have given me a provision list? Yet come to think of it, I did get to enjoy his descriptions of a building that I worked in. I was there nearly 8 years ago but I can still feel how everything was oriented. I could read his words, see in my mind what Merwin meant, and then instantly understand where a later author misunderstood. That, in itself, is pretty exciting. I suppose that is also the point of my paper 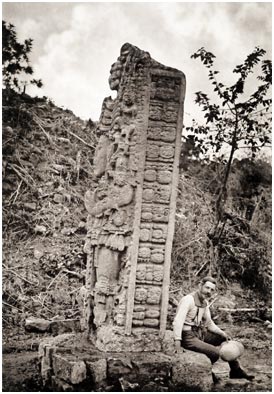 Doing that research gave me a chance to very quickly indulge my interest in the lost city phenomenon. There seems to have been a significant groundswell of Lost City interest following the popular Stephens and Caitherwood books. To be fair, the illustrations in those books are luscious and overpowering. Anyhow, one example that I came across comes from none other than PT Barnum. He decided to cash in on lost cities, presenting two “Aztec Children” to the public that he said were captured from an intact, deep jungle city called “Iximaya”. Aztec/Maya conflation aside, that Barnum would bring these children forward means that people were interested in lost cities and fully willing to believe in them.

I wonder if this welling up of Lost City-ism in the late 1800s and early 1900s is a byproduct of that era: the rise of anthropology, the deification of modernity, and the neo-whatever art/design/etc movements. Or is this an extension of the earlier myth of El Dorado, of lost cities just beyond the reach of some 16th century Spanish Conquistadors. Indeed, I wonder if this exists today in alternative forms.

I suppose the next step is to dig through “professional” period commentary for discussion of this phenomenon. Alfred Maudslay mentions this interest, blaming unscrupulous newspaper publishers for pushing disinformation on the public. Yet, he seems sympathetic to the construction of lost cities; he can see how they are believable based on how strong a barrier the jungle is. He would know. Popular literature would be a fun line of inquiry into this.

Anyhow, this is merely a sketch; an idea fluttering around in my mind!