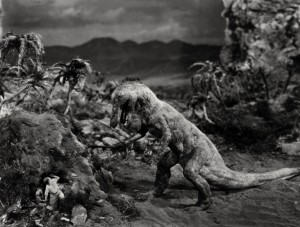 It should come as no surprise that I thrive on historic western impressions of the Amazon. I don’t think I have much scholarly to say about it, but I enjoy historic travel literature from South America probably far more than I should. Every cultural misunderstanding, every bit of Western bafflement, every bit of overt and subtle racism. I love it. I can see one version of the present constructed out of those foundations, a fact which allows me to act all scholarly in the face of some of the most outlandish stuff in there. Once I have that scholarly excuse, I can totally nerd out with my imagination. Someone please hand me my pith helmet, I’m ready to descend the Amazon and find a city of gold or, well, a plateau full of stop motion dinosaurs.

Amazoniana. That is what this is. 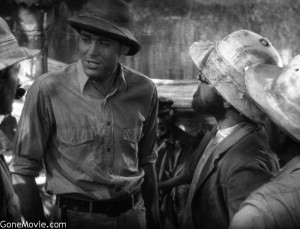 A still from Lady Eve

Last night I watched the 1941 film The Lady Eve for the first time. The real treat was the intro. For the first few minutes of the film we see Henry Fonda’s character leaving the Amazon after a year. He is a wealthy heir to brewing money but his true passion lies with snakes… South American snakes of course.

The scientists all wear your standard field gear, plus beards and pith helmets. I questioned this for a few minutes but then accepted that people probably did dress just like this. Having just saved a photo of archaeologist Gordon Willey in the Viru Valley dressed based on this general theme onto my computer, I had to take it as it comes. 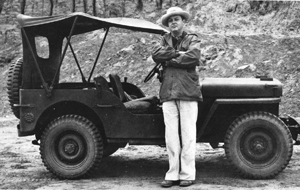 Gordon Willey: how can we compete with that style?

What was interesting was the portrayal of the “natives”. Unlike the pith helmeted scientists, the “natives” wear straw hats. The one “native” has no shirt on and the others are all rumpled. The men never turn around and are referred to as “boys”. Pretty standard. The portrayal of the one female “native”, though, is quite weird. I can’t find a still so you will have to use your imagination. She is very light skinned but with dark hair and is shown with long flowing hair and wearing a flowered sarong a la Polynesia. She pouts onto the screen with a large wreath of leaves around her neck. One character gives her a rather harsh goodbye (you imagine they had a thing going) and she puts the wreath around his neck. End Amazon. 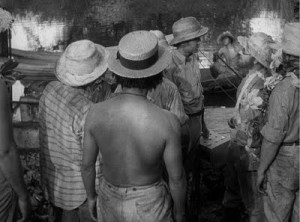 So yes, the implication is that this is his Amazonian lover being left behind with very little thought. To add to that, right there, with her present, the scientists joke with Henry Fonda to be careful because he has been away from women for so long: the vultures will descend upon him and his money. “Come on guys!” said I. “She is standing right there!”. Throughout the film Fonda mentions not having been near women in a year. Sheesh.

Aside from the weird Polynesian image being used to represent a native Amazonian female, there is a very interesting sexual thing going on here. The Amazonian female is both a sexual object, perfect for field flings, but ultimately discardable when one returns to reality. She is also not a ‘real’ woman. She was never even close to a marriage prospect so she doesn’t even qualify in conversation. She is Female. She isn’t a Woman. No one questions it. In 1941 I suppose this idea wasn’t problematic. 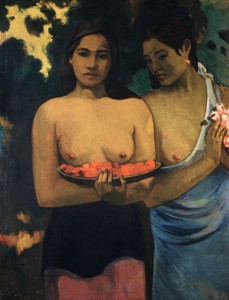 I wonder if things have changed very much. How do Western eyes REALLY view the bare-breasted Amazonian female in your standard National Geographic photo spread? The darker parts of me think that she is still a sexually charged curiosity above anything else.

I’m sure none of you every want to watch a film with me ever again!

EDIT: Thanks to archive.org you can watch all of the The Lost World! http://archive.org/details/lost_world