There are so many Tupacs! Here is how to tell them apart.

I found “The Last Words of Tupac Shakur” by Sean De Frank to be quite an interesting read. However, my Andeanist’s heart broke when I read the following:

[Shakur’s] mother, Afeni, was an active member of the Black Panther Party, and named her son after Tupac Amaru, a 16th-century Incan emperor who had resisted Spanish colonialism.

“Oh no!” I said, “That is the wrong Tupac!”. In an effort to save readers from Tupac tangles, I offer you the following guide. Also available as an infographic. 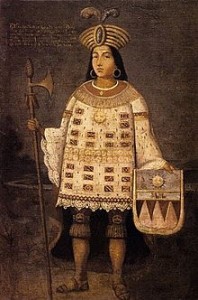 This Tupac was the last Sapa Inka: the last Indigenous monarch of Peru. Born after the Spanish Conquest, he ruled an independent state in the upper Amazon which, you can imagine, the Conquistadors didn’t like very much. He was eventually captured by the Spanish and hanged.

Mother Earth, witness how my enemies shed my blood. 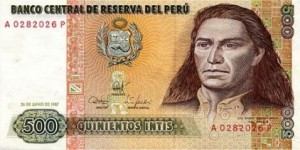 This Tupac was a Jesuit-educated mestizo from near Cuzco, Peru, who claimed to be a direct descendant of the first Tupac and, thus, took his name. He led a major rebellion against Spanish rule. He was captured by the Spanish and drawn and quartered.

You as oppressor, I as liberator, deserve to die.

This Tupac was a semi-messianic Indigenous Bolivian rebellion leader who took the name Tupac after the recently-killed Tupac Amaru II. He besieged La Paz with his wife, Bartolina Sisa, and an Indigenous army. He is Bolivia’s patron martyr and now has a satellite named after him. He was captured by the Spanish and also was drawn and quartered.

Today I die, but I will return as millions. 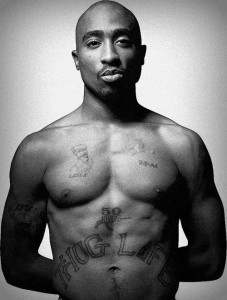 This Tupac was a rapper and actor. The child of revolutionaries, he is named after Tupac Amaru II. He is one of the best selling musicians of all time. Know for participating in the East coast/West coast conflict, he was shot and killed during a drive-by shooting in Las Vegas.