For the next two weeks I will be in Belize conducting a bit of preliminary fieldwork. It has been 11 years since I have been in Belize and being back is an evocative experience. The last time I was here I had a now-defunct live journal that I could write in at times (when there was internet), and I treasure it now. I hope to use Grotesque Stone Idols for the same thing while I am here. Bear with me. Anonymous Swiss Collector will still be strictly research-y business.

I expected Belize to feel familiar but not quite in this way. Yes, it is seeped in nostalgia, but not nostalgia for being 20, for being here for 5 months, for my first go at what has become my profession. It doesn’t feel like that at all. Walking through silent central Belmopan last night, I somehow felt like I was back in the town in Kansas that I lived in until I was 11 years old. Perhaps this is because Belize has drifted back into a mental recess where distant things are stored, but I am not sure that is it. In the past decade, the ‘city’ part of ‘fieldwork’ has been places like La Paz or Quito: huge sprawling places filled with people rushing off in all directions. In Belmopan you walk down the middle of the street. Everyone knows everyone else. 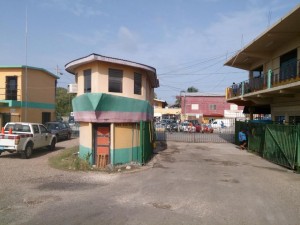 Not quite the boat-partment I stayed in while in La Paz last year, but a boatbuilding none the less. At the bus terminal in Belize City.

The power was out when I got to my guesthouse in Belmopan which was fine. That meant no internet. It feels quite strange here expecting internet. This level of connection doesn’t match my mental Belize, the Belize from 2003. I have a phone number here too, a mobile. Places have wireless. Obviously this is the case, obviously, it has been a decade, but in a certain sense I liked imagining Belize as a refuge where I wouldn’t ever hear the phone ring, where no one could find me unless I wanted to be found. Back in 2003 we watched The Ring on someone’s computer. The whole thing fell flat: there was no phone to call us and any monster thing would have to crawl 50 miles from the nearest television. 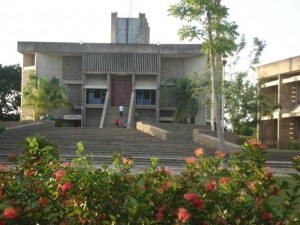 Belmopan’s seat of government is, I kid you not, a building that is meant to be a brutalist Maya temple. As my good friend said, that is everything I like. I walked around it and around the bus station last night to just suck everything in. As I drifted by there a (very) young soldier asked if he could walk me home on his way to work. Belize, were everyone gives it a go.

The power was still out on my street when I returned and, as it was growing dark, I watched the fireflies start to light up. I haven’t seen that in years…maybe since I was here last come to think of it. Fireflies make me think of Maya vases and Maya things. 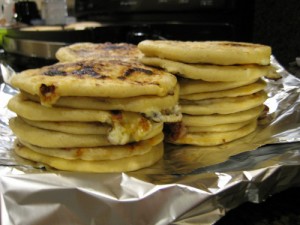 I got some pupusas from the house across the street: handmade corn tortillas with cheese and beans. Pupusa cooking implements have been found at the Maya site of Ceren. At some point I became shy about going into informal food places, I am not at all sure why, but this trip is a good excuse to overcome this. This is the first time I have had the ability to speak Spanish in Belize. In 2003, this is where I started learning the language…mostly animals and archaeology things. I started the conversation for pupusas in English and the people at the house responded in Spanish, a sort of Belize language dance that happens all the time. Everyone here speaks bits and pieces of, at the very least, two languages, but most people know significant portions of quite a few more: English, Spanish, Kriol, three kinds of Maya, Low German, Cantonese, Garifuna, what have you. I’ve got two now and that significantly opens up what I can do here. I think many people are able to look at another Belizean and decide what language to speak on the spot. I’m defaulting to English unless Spanish is super obvious.

The place is lousy with archaeologists and archaeology related people. At the airport. In my guest house. I suppose that is to be expected. In a way, that is why I am here.

Last night I had no true malaria medication dreams but I did have a strange sleep. I couldn’t interpret the rain or the barking dogs properly. I thought the morning roosters were, somehow, people cheering for a football match. A bunch of dogs managed to have a fight in the middle of the street a few times until a car came along and honked them away. Bursts of rain, followed by morning birds, followed by bursts of rain.

The old man who brought me my pupusas told me God was for both of us and one day we would go up to the heavens. I told him that sounded like a miracle (while thinking about the fireflies).

Fireflies on a Maya vase confiscated from a looter near Tikal