Dear students: academics work for free. A lot. More than anyone tells you.

Lately I have been getting a lot of emails from undergraduates looking to gain experience in heritage/cultural property/art crime. I love these emails, they also break my heart. My responses are quite formulaic: I’m excited you are interested, we have no money to pay interns, we don’t believe in unpaid internships, let me know if you are looking for a masters program. Often that is the last I hear from the students. Others stay in touch.

One such email exchange happened today, coincidentally as I weighed the pros and cons of asking the internet for an unpaid student volunteer to help me with a totally unfunded project (more on that in a moment) and a Times Higher Ed article about my thoughts on online presence for Early Career Academics. This particular undergraduate seemed bright and engaged. I told them that our project had no funding and didn’t believe in unpaid internships. The student responded that they couldn’t afford to work for free anyway and asked that I get in touch if we ever have any paid research assistant positions. “Sigh” I said.  Why? 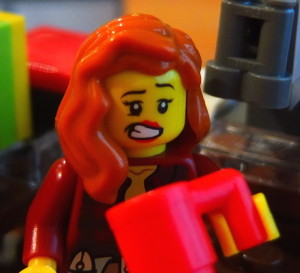 Don’t get me wrong. I am not advocating for unpaid internships. Museums that take on unpaid interns should be shamed. For-profit groups that do should be kicked in the shins. When you work for *SOMEONE ELSE* you should always get paid. They are making money off of your time and effort. However, when you work for yourself the reality is that there is no money there.

In the past I have written about how lucky I was to land a series of paid archaeological jobs while I was an undergraduate and how I never took an unpaid internship. What that post did not discuss was how much unpaid work I did as an undergrad and as a grad student…and how much unpaid work that I do right now. The work is for me: either to get me to where I want to go or to promote a cause that I think is important. It takes up a lot of my time but also fills a lot of space on my CV.

Honesty: what I’ve done for free

So here it is, for better or worse, some of the work that I have not been paid for:

As an undergraduate I was not paid to sort macrobotanical samples in the department lab to help a PhD student. The PhD student taught me everything I needed to know to do the sorting and I learned a lot from it. I also volunteered to do an initial inventory of random artefacts that were just in the department stores. Orphans. I got no pay for this but my reward was to play with the objects, teach myself to research their histories, and to force myself to think about provenance and ethics. I also started my first blog in 2001. During one summer I took a terrible part-time secretary job and spent at least 6 hours of every day in Harvard’s Tozzer library reading about the Maya because I felt I needed to learn. No one paid for that. I also worked, unpaid (food provided) on an archaeological project in Guatemala. That was an ordeal, let me tell you, but was a significant turning point in my life.

Between undergraduate and my masters I volunteered to help compile auction catalogue data to be presented at a US State Department hearing regarding a bilateral agreement to ban the import of illicit Italian antiquities. This took me a significant amount of time and effort but that time and effort taught me the basics of the antiquities market and gave me the inspiration I needed to apply for a masters. I also worked for two seasons at an archaeological site in Bolivia. I was not paid, but food and lodging were provided so I broke even. I was given a significant amount of responsibility and directed my own excavations within this UNESCO World Heritage Site. I presented my findings at several major international conferences, all before I started my postgraduate work…all unpaid. I paid to go to the conferences myself from my ‘secretary’ earnings. 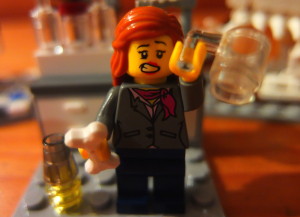 This work was enough to get me into Cambridge for a Masters and a PhD. During my postgraduate degrees I volunteered on a number of college committees but, more importantly, I served on the editorial board of a postgradaute journal and started a postgraduate society which took over the organisation of a seminar series. I wasn’t paid for any of that. I did countless small things: I started a mini project for archaeologists in the department to create their own displays in disused display cases (I made the first one, it was on archaeo-tat and souvenirs). I organized a weekly beer and chatting afternoon. I taught on training digs. I did talks to school kids. I made the websites of various conferences and little projects within the department. All for free. I also started up this very blog as an outlet for heritage thoughts.

But, seriously, post PhD is when my unpaid work has hit high gear. I am not paid for any of the following: this blog, Anonymous Swiss Collector, Culture Crime News (which takes me up to an hour of work each day), Stolen Gods, and everything I do on twitter. Also, I get no money for @LegoAcademics, although my followers were kind enough to donate money for a new camera when mine broke. I give free talks. I do free podcasts, speak on the radio for free, and give free interviews to reporters. I (at times) write for free. I guest lecture to friends’ classes for free. Heck, much of my day outside of the office is spent curating information for other people to use…for free.

Working for free: Is this even wrong?

I was speaking to a friend of mine about this earlier today. He, a programmer, noted the importance of volunteer work in the programming community. He indicated that the free and open-source software that he has made “is a visible and real marker of quality” and that such things “give people a way of getting in depth with how you work”. He said it is a massive help in getting a good programming job.

I think I can safely say that, should I find myself employed once my early career fellowship ends, it will be largely because of the intense knowledge exchange and info sharing that I do for free. The point of this post is not to pat myself on the back for doing all this (and never sleeping), far from it. Rather to assert that, for better or for worse, this is the reality of academia. You aren’t paid for most of what you do and if you don’t do it you won’t get very far.

Potential postgrads, you need to expect this. Undergrads who want a culture/arts/heritage job upon graduating, you best get on making a name for yourself.

So back to my Stolen Gods volunteer issue. I’ve had a blog post/call for volunteer written for several days but I can’t make myself post it. I want to show an undergrad the ropes of online sharing of heritage info and teach them at least one CMS, some image editing, some outreach and social media stuff, some traditional media stuff…basically what I am good at. I also want them to spend about two hours every week helping me populate Stolen Gods with articles and information. I want them to be featured on the site as part of the ‘team’. I want them to have a say in how the site develops, to come up with their own projects, and to get inspired by it. This is exactly the kind of thing that I would be all over as an undergrad…the kind of thing that would land me with a masters project and a pile of marketable skills.

However, I can’t pay the volunteer. Stolen Gods is just me, it is part of MY free work. I am doing it because I think the theft of Sacred Art is something that no one is talking about. I wanted a resource to exist…so I made it. There is no money. In essence, the volunteer gets paid the same as I do (nothing) but gets some transferable skills and a job rec out of me. Yet I still haven’t posted it. “Hey anyone want to work on this project with me” seems fine, but if I think too hard about it I start to feel I am veering into promoting a model of unpaid work in heritage and museums. This feels different, but is it? Thoughts welcome.

Update: Thanks to your comments on twitter, I am advertising for that volunteer: Stolen Gods is looking for a student volunteer contributor

Categories: Post Tags: etc., research
← Nepal: Where Everest is King (of the currency)
Do what you do well already, but in public: thoughts on academic communication and knowledge exchange →