Living in the Iceage twice removed 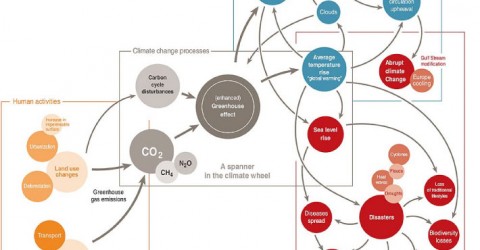 It has been a bit since I posted something here. I am still feeling it out I suppose. I’ve been having amazing conversations with students but where is the line? What can appear here?

On my mind over the past few weeks as been the Anthropocene. I could devolve into any number of puns about being behind the times but I had never heard of this concept until C waved an article at me as I poked at digital Iranian pot sherds.

The idea that humans have had/are having a measurable impact on Earth’s climate is pretty much a given these days but that we have caused a new geological epoch? I was so very secure in the Holocene up to moment. I was sure what Age I was in. Geological epochs bring up images of massive ice sheets cutting through some tundra terrain as tiny little fur clad humans throw spears at woolly rhinos or aurochs or something. They are the big to the humans’ little. In a very structured view of things, the epoch governs or limits human activity: humans respond.

In a feat unprecedented for a single animal species, humanity’s total energy use has now exceeded that of the entire ancient biosphere before oxygenic photosynthesis, reaching about a tenth of the energy processed by today’s biosphere.

Zowie. Ice Age by Joy Division has been replaced by Freur’s Change the Weather…which is very unfortunate for me.

I’m now going through the extended process of logging into an academic article database from outside of the Cambridge network. I suppose I shouldn’t complain, I have access. These should be public…

Anyhow, true to my vision of epoch power, the Anthropocene just is. I suppose we have come control over its’ course, but it seems as if I may have never seen the Holocene which is a shame. The Holocene seems so nice, utopian…pastoral. I feel like I missed out.

I am heading to London for the big Darwin Exhibit hullabaloo on Tuesday, words to say perhaps!

Categories: Imported, Post Tags: environment
← What to do when the President’s grandpa robbed your grandpa’s grave and maybe made kissed his skull
The right to isolation (and other empty promises) →