A National Legacy at Risk in the Digital Age 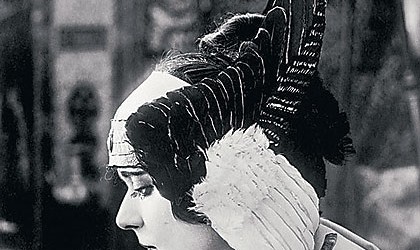 “The State of Recorded Sound Preservation in the United States: A National Legacy at Risk in the Digital Age”

Way back in 2008 it was announced that squiggles (pictured left) from an obscure experimental transcription device from the mid 19th century were potentially playable. These preserved ‘phonautograms’, which were never intended to be heard per se, but once scanned into the wonders of technology world, out sprung the audio artifacts. Thus, a version of Au Clair de la Lune, probably sung by the phoneautograph’s inventor Édouard-Léon Scott de Martinville, became the oldest known recording of human voice in existence clocking in at 9 April 1860. To push this whole idea farther into the world of fantasy, there is even a totally unfounded rumor that Abraham Lincoln was ‘recorded’ with the phoneautograph.

Go here to hear Au Clair de la Lune and, as a special treat, here to hear his rendition of Voile Petite Aribelle from around September of 1860.

I think that we forget that the bulk of heritage loss happens within the first couple of decades and then evens out to a long decline. We get rid of things that we cannot ever imagine wanting and we save incompletely or wrongly. After we are really, really, REALLY sorry about it. There is absolutely no way to avoid this and I suppose there is no way to completely mitigate the muted sense of loss that underscores every discovery. I read and re-read Diego De Landa’s Relación de las cosas de Yucatán, reveling in the only glimpse of the conquest-era Maya that I will ever get, run my hand over the ‘alphabet’ page and bless it for opening the door to the pre-conquest Maya. The famous “I do not want to” strikes me as so wonderfully and magically human…like a phonautograph from 1860. I am crushed when I get to the part where Maya books are burned. Why can’t I just enjoy what I have, rather than lament what was lost?

I find the idea of lost and found media to be completely compelling. Silent film re-discovery, for example, makes me well up with ‘heritage’ joy, so to speak, then bubble over with a sense of loss. I saw the new new Metropolis recently, with the 30 extra minutes found in Argentina. The piece is almost complete now; reassembled. I enjoy it until I think of the glorious stills of Theda Bara who made 40 films, only 6 of which survive. Among the lost is a 1917 Cleopatra, “one of the most elaborate Hollywood films produced up to that time”. Vampy Art Nouveu Egypt scenes? Every archaeologist’s dream. Also you KNOW you want to see a 1926 version of The Great Gatsby. But you can’t.

So 80% of films from the silent era are lost (at last according to Martin Scorsese’s film preservation organization), and this is because they represented outdated technology. Talkies hit, times change, and no one is going to pay to see Theda Bara vamp it up in silence. Nitrate film was hard to store and, you know, tended to catch on fire so in several fell swoops in the 1930s, whole archives were trashed or incinerated. Really, the only reason any of these films survive at all is that they were widely distributed and sometimes the crazies and the hoarders at the ends of the earth could not let go. And, indeed, 30 minutes of Metropolis turns up in Argentina in 2009 and there could be more somewhere…like a Maya book sitting in a cave in Belize just waiting to be found. I think that we cushion that muted sense of loss with hope for the unlikely.

The reason I am posting on this topic is that the Library of congress released a report on the state of recorded sound preservation in the US (full report available here; executive summary available here). I’ve only had time to read the summary, but the writers open with the idea of the phonaudiograph stating:


Hearing the recognizable sound that lay in the wavy lines on that smoked paper is a profound experience—an encounter with real time and space in the mid-nineteenth century.

Much like brushing the dirt off a recently uncovered bit of the past and knowing you are the first person to experience it for ages…yet someone experienced it before you. 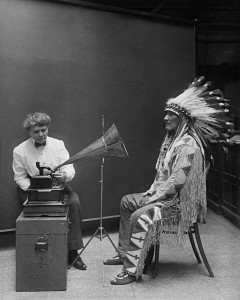 The point of this study is that, despite what people might think about the nature of digital technology, we may be setting ourselves up for massive loss. I highly recommend taking a look at the “Scope of the Problem” section of the executive summary. It is interesting to note that they feel that digital recordings are “at particular risk”. I wonder if that has to do with the lack of physicality: there is no actual object (a master tape, a phonautogram paper, a piece of nitrate film) that can be discovered a century later in a box somewhere. We are at the mercy of digital collectors and their ability to update their own technology it seems.

And, to come back to what I said before, we probably do not even know that we might want these seemingly random digital files. As the writers of this report say:

Significance is too often recognized and conferred only after the passage of years. We do not have the luxury of waiting until the significance of a sound recording is apparent before its preservation begins. By then, it may be too late.