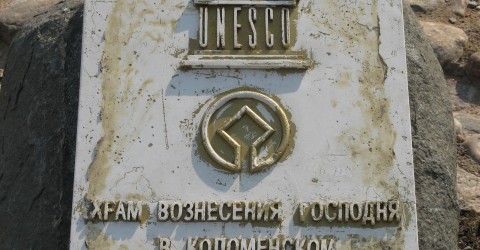 The UNESCO World Heritage List. It has existed for decades. It contains nearly 1000 sites and areas. It has a pretty snazzy (and useful) iphone ap. I’ve worked full-time at a World Heritage Site and have visited something like 100 of them. Consciously (nerd). Yet the World Heritage List remains a sort of mystery to me. Having never been on the inside of World Heritage List discussions or politics (only on the outside, reading records and evaluations, etc.), I still find that I don’t fully understand the sway of the thing. 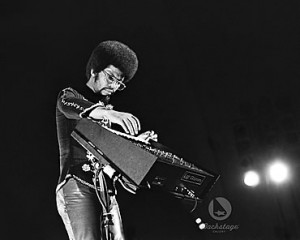 Hancock Rockin It for our Heritage

Recently it was announced that the United States was going to have to defund UNESCO due to a legal chain reaction started by UNESCO admitting Palestine as a recognized state party. To quote the Washington Post there was “a legal requirement to cut U.S. funds to any U.N. agency that recognizes a Palestinian state”. That means a loss of $80 million a year to UNESCO. My first thought when I heard that was “that is insane” (re: the US automatic requirement to defund). My second thought was “that is brilliant” (re: Palestine’s decision to go the UNESCO recognition route first. A sneaky and nifty way to force hands.)  There was so much chatter about this issue, and it happened right when I was submitting my dissertation, that I lost track of it. I can say that Herbie Hancock wrote a pretty nice op ed in support of the US funding UNESCO. That is Herbie Hancock, creator of such intangible pieces of our heritage as “Rock It”. You better believe I linked you to the 9 minute live version with extended scratch intro.

But what does having World Heritage List inscription abilities really mean? Word on the street is that Palestine is going to be trying to list Bethlehem which, if true, seems like another brilliant move. Sure Bethlehem is a complicated, multi-period area, but it is a site that feels Christian-y. Smart. But what is next? Lets be honest, UNESCO is just a stepping stone for Palestine. 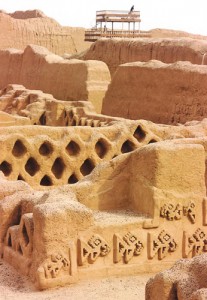 So what is the appeal? It sounds like being on the World Heritage list is a decent amount of work and there is the potential to be moved to the World Heritage in Danger list or to be taken off the list entirely. Getting put on the danger list is seen as shameful. Being de-listed is seen as semi-devistating. Yet take Perú as an example. The site of Chan Chan has, apparently, been on the World Heritage in Danger list since it was inscribed in 1986! Why? Because Chan Chan is made almost entirely out of adobe and, you know, slowly melts. Machu Picchu was almost put on the Danger list this year, but in the end it wasn’t for some reason. And that is an interesting point: there is almost an unwritten, pre-Danger List list and Machu Picchu is on it. Will Machu Picchu be “dangered” this year? Only time will tell. 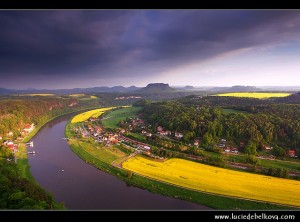 The cynic in me wants to point out that things have been weird at the site since 2005 and I have the photos to prove it: why did it take until 2009 for UNESCO to show up? And this gets me back to the main thought of this post: what does it really mean to be taken off the UNESCO World Heritage List? This is such a rare occurrence and only two out of nearly 1000 sites have ever been delisted… it just happens that I have been to one of the two before the delisting: The Dresden Elbe Valley. The other delisted site, the Arabian Oryx Sanctuary in Oman, doesn’t really count since the government of Oman wanted the site delisted and worked towards it. Forget that. Lets talk about Dresden.

The last time I saw the Elbe Valley was in 2006 and the Elbe was showing its stuff, flooding like mad as my train sped from the Czech Republic into the Dresden train station (which, itself, had been ravaged by flooding a bit before). It was snowy and lovely and it was delisted because a bridge was built. Bridge up, Dresden off. I like that “DRESDEN ELBE VALLEY” is actually crossed off on the UNESCO website. European newspapers and some German surveys portrayed this as totally lame and embarrassing but there you go. It happened. Are any fewer people going to Dresden? Has anything changed? I really don’t know. 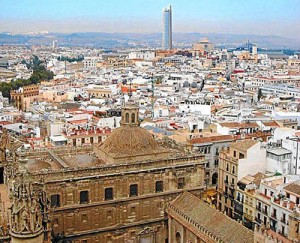 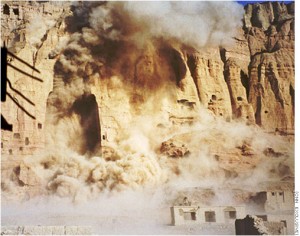 This doesn’t cause a site to be delisted.

t is hard to judge based off of one delisting, but I wonder if UNESCO is more apt to axe a European site than a site in the developing world. They have always faced a lot of flack for what most people see as a Western bias in their list. Bamiyan was never delisted, even after the Buddhas were ‘sploded by the Taliban. To quote a 2011 assessment of Bamiyan:

“The heritage resources in Bamiyan Valley have suffered from various disasters and some parts are in a fragile state. A major loss to the integrity of the site was the destruction of the large Buddha statues in 2001. However, a significant proportion of all the attributes that express the Outstanding Universal Value of the site, such as Buddhist and Islamic architectural forms and their setting in the Bamiyan landscape, remain intact at all 8 sites within the boundaries, including the vast Buddhist monastery in the Bamiyan Cliffs which contained the two colossal sculptures of the Buddha.”

Yet a bridge and a tower could cause a European site to be delisted. I’m not saying that is wrong, I am just saying.

So there it is folks, just some musings. I would love to read a post de-listing report out of Dresden if anyone knows of one not in German (I can do English or French).