Einstein and the Hopi 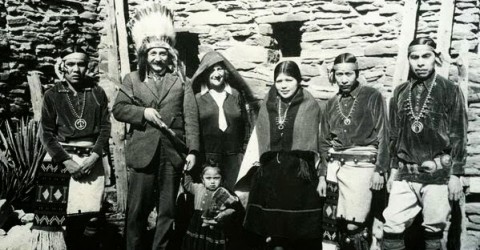 Earlier today I posted a photo on twitter that I came across. It shows Albert Einstein with a group of Hopi at Hopi House near the Grand Canyon in 1931. I’ve been thinking a lot about Einstein recently and, as you all well know, I think about Indigenous people (and Indigenousness) all day long. Something struck me about the photo but I didn’t delve into it until a commenter wrote back: “what he’s wearing is out of context & disrespectful!”

My initial reaction was something along the lines of some cloudy idea of staged lederhosen wearing in Einstein’s native Germany…or at the German restaurant I went to in Las Vegas. The costumes there are certainly out of context and the Germans with me found all the random paddling going on as odd, at the very least, perhaps disrespectful. However, as I launched in to that one I realised that something else was going on in the photo. I saw what attracted me to it.

Look at that mad scientist! He isn’t people!

Einstein was a living, breathing human being who has been objectified and stylised beyond the threshold of reality. He, more than any other person living or dead, has been dehumanised[1] and reduced to a series of iconic images and traits that have come to represent the whole cultural idea of a scientist. He was a living museum exhibit. Someone that people stalked and gawked at. They took his photo when he didn’t want them too. They hung him on walls. They made dolls out of his image. People wear Einstein costumes at Halloween.

I think you can see where I am going with this. 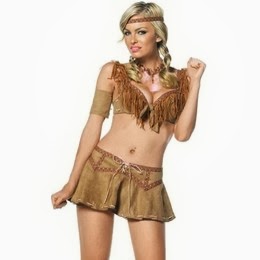 The objectification of and commodification/co-option of the image of Native Americans is no joke but it is also nothing new. We know it happened and continues to happen. We know that is has been written in indelible ink across the American and global consciousness, usually for worse. We know that living, breathing human beings have to negotiate the expectations of that image every day of their lives[2].

To see these two sets of living icons superimposed upon each other is breathtaking. The assumption, of course, is that Einstein was on some sort of exoticism tourist trek and the Indigenous folks in the photo were being exploited. I fear that further reduces them to 2D images with no agency. I mean, think about it…they met EINSTEIN. To assume that either then or later they weren’t as delighted (or MORE delighted) to meet him as he was to throw on the feathers is not realistic and not fair. As I said on twitter, if I was that little girl holding his hand, the photo would be framed on my wall. It is WAY better than the blurry phone shots I took of Stephen Hawking at the mall [3]. 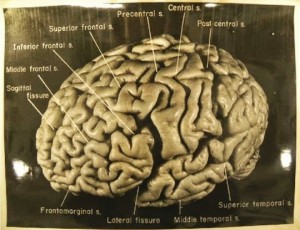 Taking it a step further if I dare (and I dare). Einstein was worried that when he died his grave would become some sort of insane pilgrimage spot. He didn’t like that idea nor the idea of any sort of public display of his remains so he asked to be cremated and scattered. Apparently, although it has been contested, he gave a particular doctor permission to extract his brain provided it was used only for science. His brain was extracted but, oddly, so were his eyeballs which were effectively stolen. His eyeballs apparently are in a safe deposit box and rumours swirl all the time that they will be put up for sale.

Long story short, his brain has gone through a lot. It was cut to bits, sent all around. Parts were carried across the country and the decades in a mason jar. Most controversially, slides of his brain material are now on display in a few major international museums, including the British Museum. This is the public museum display of human remains against the wishes of that human. This is the theft and possible sale of human remains, again, against the wishes of that human.

You must see where I am going with this.

So, yes, Einstein’s remaining bits have been treated with about as much respect as a Native American body. He was bought and sold, he was treated as a scientific specimen, he was stored improperly and disrespectfully, and he was put on museum display even though he didn’t want that. This is the end result of dehumanizing and icon creation: you are treated like a public object after your death.

Really, I think the photo is brilliant. Here is some more info on the context.

—
[1] Even those of us that are hip to that jive are not immune. Reading about Einstein recently, I was surprised to find he had children. Several of them. Who also had children. A pretty normal thing, to have kids, yet it is a human thing. Einstein had sex! He procreated! How can that be? I fought this in my mind but I am beyond pretending that it didn’t shock me.

[2] Remembering taking French exchange students to a mound site in Alabama back in 1998. Driving back they expressed disappointment that they had not met a Native America. “But your site guide was Native American” I said. They looked confused: “Where were his feathers?”.

[3] A person who is even more dehumanised because of his required use of technology and, thus, the clear symbols that are “him”. Seeing him on the street many times, I was not immune to this reduction of person to icon. He was never fully real and you better Belize I texted the heck out of everyone each time it happened.