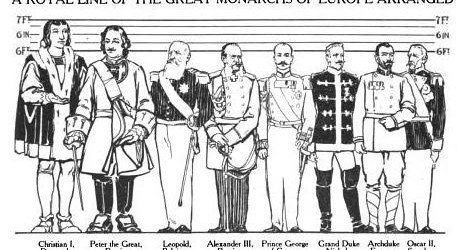 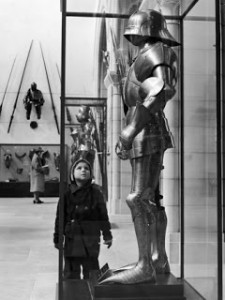 Lately I have been working several days a week at a small museum that was once the home of a well-known 18th century individual who need not be named. A component of this work involves interacting with the roughly quarter of a million visitors that rattle the post and beam structure every year. I’m loving it: most of my other days are spent inside alone, poring over my computer and my thoughts, spewing nonsense that I like to think is academic (read: PhD dissertation edits); at this museum I get to talk to people all day, answer their questions about the past, and see what they are interested in.

Surely I could write countless blog posts about this (and I will, no doubt) but today I want to linger on “people were shorter then,” popular mythology and bursting bubbles.

Scenario 1:
Ponderer: Excuse me, how tall was X?
Ms Know It All: Well, based on the work of some people who seriously spent time on this, he was about 5’7″ or 5’8″ going by his arm to tool ratio in his youngest portrait: pretty average.
Ponderer: Oh, because I thought people were shorter then.
Ms Know It All: They weren’t. Average American height has gone up, you know, because our population now includes the descendants of known towerers such as the Dutch or the Sudanese, but he and his lot are only slightly shorter than average for modern Europeans.
Ponderer:*Makes the I don’t believe you because that is not what I wanted to hear face* 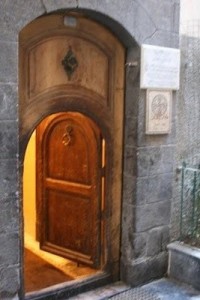 For some reason people like to project a real and physical difference onto the past. If life was so vastly different, the people must have been different too. Often I think we archaeologists find that the past gets dehumanized: I know I have trouble thinking of individuals and interactions, emotions, sneezes, sleepless nights, itchy backs, and relief at taking your shoes off in the past. I wonder if the general public converts this dehumanization into the bolder folk idea of past (fake-feeling) people being shorter that modern (real-feeling) people. Maybe it continues the divide between then and now.

Then again, perhaps it is only a trick of observation. Low doorways (to conserve heat) and small-seeming beds (people slept propped up a bit more than they do today) are interpreted as evidence. But still, I think such things are interpreted in that way because it *feels* right somehow.

Interestingly, nearby Plimoth Plantation has a whole page on this topic, which goes into details of diet, how variable the term ‘average’ is and the curious problem of past people not really recording their heights. They note that people of European extraction are taller now, but not much taller, and present various possible reasons why (hybridization, antibiotics, better water at childhood). They don’t actually talk much about anywhere else in the world (I am willing to bet money that the average height of people in highland Bolivia or jungle Guatemala lines up quite close to Inka or Ancient Maya height; please correct me if I am wrong). But the fact that the question is on the website means that they deal with this folk myth as well. 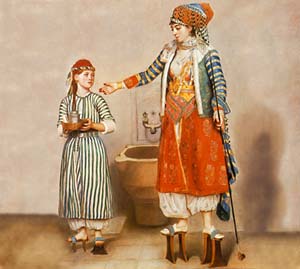 Now the two scenarios above. In the first I burst the bubble: if the visitor pressed the issue I would certainly yammer about such things as the 6’6″ Roman skeleton I cleaned with a toothbrush, and probably freak them out, but the point is that they asked the question and thus opened themselves for something that, perhaps, they didn’t want to hear. In scenario 2, however, two visitors were having a conversation, they didn’t ask me, they asserted, and for me to cut in would be rude. Also, they probably don’t care: to ‘know’ without asking just makes me feel like there is a certain lack of curiosity plus I am not getting paid to ruin peoples’ vacations by being Ms Know it All.

I feel like I should start keeping a notebook for the more interesting ideas about the past that tumble from the lips of visitors. This is certainly a learning experience for me and I want to gain something from these visitors. Indeed, on my way in tomorrow I will acquire a notebook! Watch out!